Musician has moved to Sweden to end fears of getting arrested for his art.

Ramy Essam, an independent Egyptian musician who rose to fame within the national and international community during the 2011 Egyptian uprising, has launched a crowdfunding campaign to finance his next album.

Since he moved to Sweden in 2014, Essam is set to create the album he wanted without the fear of getting arrested and with the help of several well-known artists, the album seems promising. 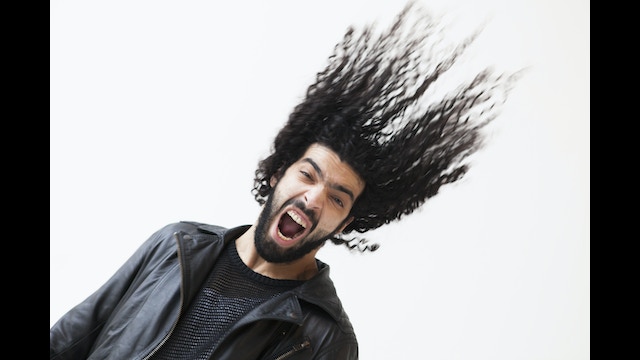 Famed producer Andreas Unge is working closely with the young musician. Essam is also recording with some of Sweden´s best musicians such as Harry Wallin and Ola Gustavsson.

The album, which will be recorded in Stockholm and Paris, will also feature some high profile guest musicians from around the world.

Consisting of a collection of older rerecorded songs and new ones, the album will be a mashup of oriental Egyptian beats and heavy rock music with lyrics demanding social justice, gender equality and human rights.

" The young people of the Middle East is always in my mind when I write my music, because that is where the positive change in my region can come from," Essam explained in his crowdfunding statement.

"But all across the world there are people living under oppression, and I really hope that this album and my message can reach out to as many of you as possible," he added.

"One album won´t change the whole situation for young people in my home region, but maybe it could at least make a little difference," Essam said, adding that the album is "like an underground musical intifada armed with Telecasters on overdrive."

The album will be released internationally in April and will follow a number of singles released.

Essam, who is often referred to as the "voice of the revolution," camped out in Tahrir Square in downtown Cairo to participate in the demonstrations against former President Hosni Mubarak. Equipped with his guitar and a few chants said by thousands of protesters, Essam added music to the revolution and became the voice of a generation demanding a better future.

His song "Irhal," in which he calls for the resignation of Mubrak's regime, quickly became popular among young revolutionaries and before he knew it, he was performing in front of millions of people in the middle of the square.

"Irhal" was later selected by Time Out Magazine as the third most world-changing song of all time, topping John Lennon's "Imagine," which was placed at number 5.

Fame came at a price for Essam however, as he was arrested, jailed, and tortured by the Egyptian authorities in 2011.

"It made me very determined," Essam stated. "The struggle became the purpose of my life."